Macy's Parade: The History Of The Macy's Thanksgiving Day Parade 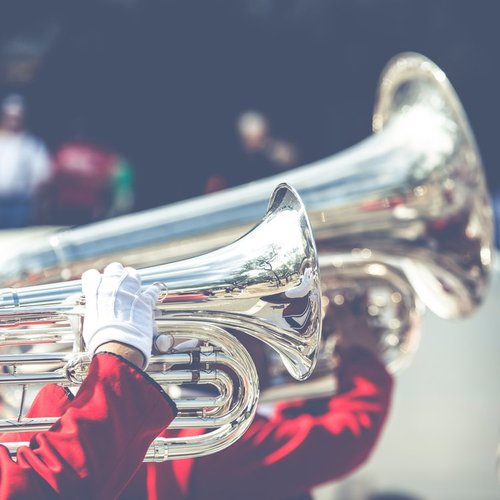 The History of the Macy’s Thanksgiving Day Parade

Thanksgiving in America is a holiday steeped in tradition. Between the customary turkey dinner with all the fixings, the annual football games, and people preparing to line up for the sales on Black Friday, the rituals run the gamut. One of the most time-honored Thanksgiving traditions has been around for the better part of a century and attracts millions of viewers both in person and on television screens around the country. The Macy’s Thanksgiving Day Parade marches through the streets of New York City on Thanksgiving morning each year, featuring enormous balloons, marching bands, the casts of Broadway musicals, and celebrity performers. But how did this parade get started, and how has it grown over the years into the biggest Thanksgiving Day spectacle in America?

The first Macy’s Thanksgiving Day Parade was held in 1924. At the time, most of the department store’s employees were first generation immigrants to America, and they wanted to celebrate their newfound love of country with a festival similar to the ones their parents had participated in when they were living in Europe. The parade was presented by Macy’s and featured both store employees and professional entertainers marching from Harlem’s 145th Street all the way down to the Macy’s store at 34th Street. The participants dressed in colorful and lavish costumes, and the parade included floats, marching bands, and even several animals from the Central Park Zoo. To conclude the parade, Santa Claus rode into Herald Square—the same way he has in every parade since this first one. The turnout for this parade was staggering, with over a quarter million New Yorkers becoming spectators. Macy’s, therefore, announced that it would become an annual event.

As the parade grew, it matured into something akin to what you will see today. After just a few years, the animals from the zoo were replaced by large helium-filled balloons produced by the Goodyear Tire and Rubber Company. The first of these balloons, modeled after Felix the Cat, was introduced in 1927, and several new balloons were added in the subsequent years. Originally, at the end of the parade, the balloons would be released into the air and allowed to float away. Address labels were sewn into them so that when they did eventually deflate, the people who found them would know to return them to Macy’s (and be given a gift from the store to reward their efforts).

The parade continued to grow throughout the 1930s, and by 1933, it had over 1 million people watching. Additionally, the festivities were broadcast over the radio starting in 1932 and continuing until the rise of television. The tradition of the parade was halted from 1942-1944 due to World War II, but it resumed in 1945 to record-breaking crowds. The tradition first garnered national attention in 1947 with the release of the movie Miracle on 34th Street. The classic holiday film centered around Macy’s during the holiday season, and the opening scenes were set against the backdrop of the 1946 parade. It was at this point that the tradition became well-known enough that it developed the nickname of the “Macy’s Day Parade”.

In 1948, the parade was broadcast on national television for the first time. CBS aired the festivities for the first few years, but since 1952, NBC has broadcast the official telecast of the parade every year. The telecast has gone through a long list of hosts, from Betty White to Ed McMahon to Katie Couric. The current team to lead the TV coverage includes Today Show hosts Al Roker, Matt Lauer, and Savannah Guthrie.

The parade itself hasn’t changed much since the 1950s. New floats and new balloons come and go every year, and each new parade features different performers from both pop culture and the current batch of hit Broadway musicals. Almost all of the performances feature pre-recorded audio that the singers lip-sync to because it would be difficult for them to sing live. Marching bands are selected from high schools and colleges around the country to perform medleys in the parade, and dance teams featuring thousands of young performers are one of the staples of the festivities. The balloons themselves are marched through the streets by thousands of volunteers from the New York area and beyond, most of whom just want to enjoy being a part of such a special tradition.

The Macy’s Thanksgiving Day Parade coverage in 2016 was viewed on TV by about 24.639 million people with a 6.8 rating, 31 share in adults 18-49. NBC’s coverage in particular (CBS also airs portions of the parade) was up +13% in 18-49 and up +11% in total viewers. A total of an estimated 45 million people watch all or some of the parade while another 4 million spectators line the parade route in New York City. The event is one of the grandest traditions presented annually in America. Perhaps most importantly, unlike the Super Bowl or award shows like the Oscars, it is the most-watched non-competitive event on television each year. Families gather around the TV together to kick off Thanksgiving Day, and parents and grandparents are able to pass on the tradition to the next generation. What started as a simple celebration among Macy’s employees has grown into a symbol for welcoming the joy and good will of the holiday season throughout the country.