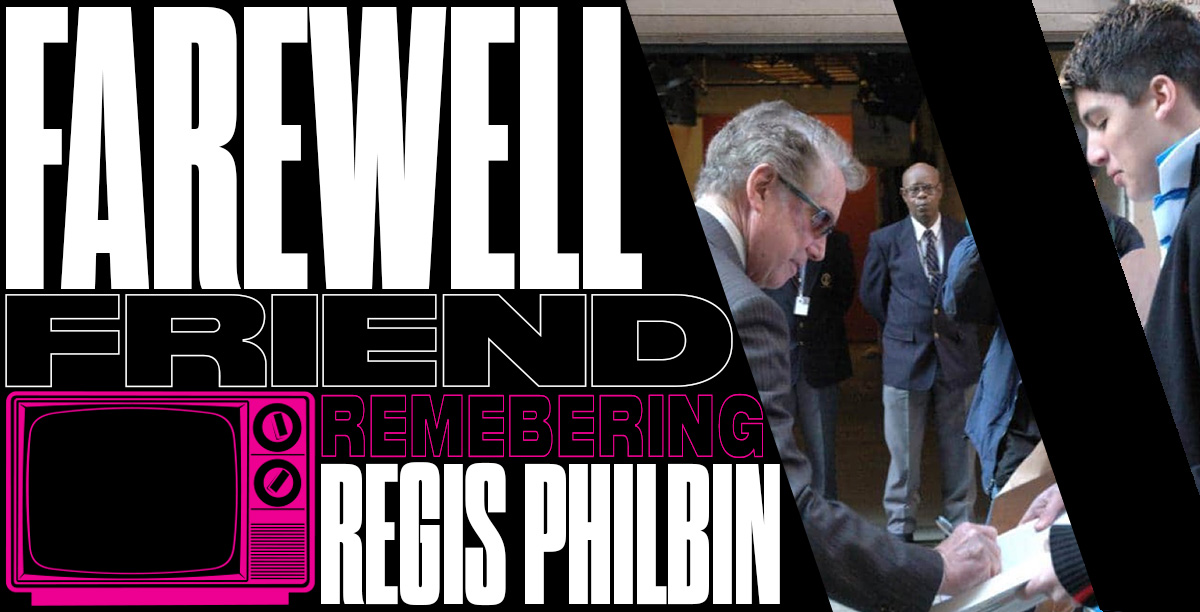 This is one of the final VHS tapes I have from when I recorded the show. I recorded on one VHS tape and would use the same one each week and record over the previous week’s shows and race home to watch them every day.

It’s 3:30am, the streets are quiet, and I’m anxiously pacing ahead of my family in a city I hardly know. The destination – 67th and Columbus Ave in New York City. I’m 15 years old and even though I’ve never been to the studio of what at the time was ‘Live with Regis and Kelly’ it all seemed so familiar. After all, I had been an avid viewer “studying” Regis, as my family likes to say, since I was seven and I started recording each episode of ‘Live with Regis and Kathie Lee’ on VHS.

With all the news notifications I have on my phone I’m used to the continuous pings of what seems like most recently disheartening news, but when the news headline hit Saturday afternoon of Regis Philbin’s death my breath was physically taken back. I went from disbelief to shock and I couldn’t help but to fight back the tears as I was walking out the door with my family. It’s a strong feeling I’ve never experienced before for a person I’ve only met for a few moments, but when I think about it… that’s Regis’s magic, it was his ability to make you feel like a friend through the power of that tiny little glass screen.

He’s responsible for my love of many things including New York City, the Yankees, Dean Martin, and most of all the power of media and in particular – television.

In the week following his passing there have been incredible tributes from Hollywood’s elite memorializing this TV icon, but what stands out to me most wasn’t necessarily his accomplishments but how he made people feel. From guests on his show to his co-hosts and friends, he was never afraid to shine his bright light on whoever he was sharing the stage with. It was easy to confuse his self deprecating humor as ego, but it never was. Kelly Ripa shares a story in the ‘Farewell’ broadcast to Regis that aired originally on November 18th, 2011 when Regis stepped down at the age of 80 from the morning show he started some 28 years prior at the age of 52. Ripa shares a moment from her first day in 2001 where she explains how absolutely terrified she was, and as they walked onto the set and the audience leapt to their feet in applause Regis leaned in quietly to her and said, “you see that sweetie, that’s all for you. All these people are here for you.” Nearly every guest on his show shares similar stories of how comfortable they always felt because they knew Regis would be working to make sure they were comfortable and looked good.

Regis had a healthy dose of humility and for those that listened to his masterful stories of what he did the night before, really listened, they too learned the value of good storytelling and most of all the importance of practicing gratitude. From recalling his days as an NBC page in the ‘50s, to his time with Jack Paar and Joey Bishop, to his numerous stints in local broadcasting, no experience or person was ever beneath him. He often quoted his mother who would always tell him, “the poor house is always just around the corner.” It’s that never too big for your britches mentality that made this kid from the Bronx the scrappy, hardest working man in showbusiness, and the everyman we could all relate to. 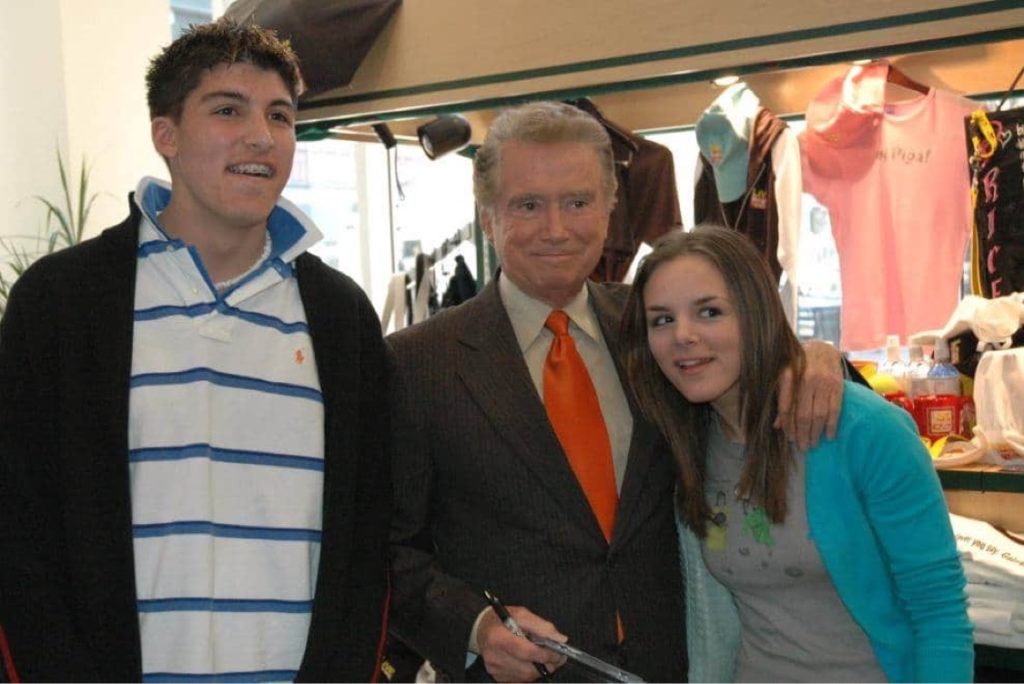 My cousin and I the first time I ever got to meet my hero after the show.

Whenever I go back to New York I can’t help but to still wake up before the sun and make my pilgrimage to the television studio that housed a show and a man who inspired so much of who I am. Since his final broadcast on ‘Live’ back in 2011 a plaque sits outside the WABC-TV entrance where for 28 years he came to make people smile. Regis said in an interview, “I wanted this show [‘Live’] to be a show where people would feel better about themselves. I worked in television rather successfully, had a good time, and hoped everyone who watched the show had a good time as well.”

Regis… from the kid who would race home from grade school to watch your show, to later following in your footsteps in broadcast journalism, and someone who continues to strive to carry your torch telling important stories that make people feel better, I would say your mission was complete.

Since your passing I can’t help but hear the hauntingly happy sound of your voice singing Cheek to Cheek from your album When You’re Smiling. Rest easy Regis. Thank you for sharing your light.

And my heart beats so that I can hardly speak,

and I seem to find the happiness I seek

when we’re out together dancing cheek to cheek.