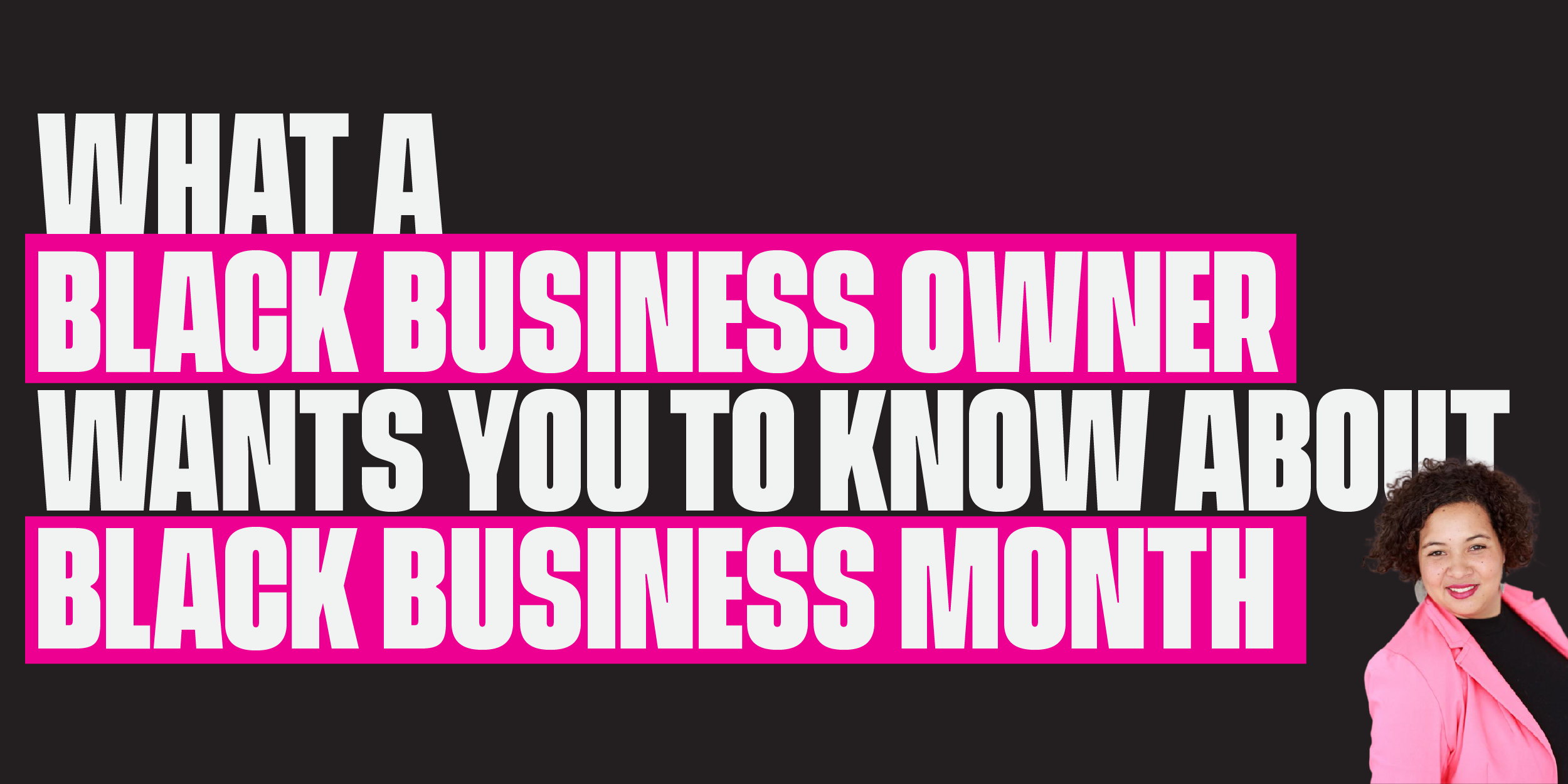 It’s August. For many that means the last few weeks of soaking up summer. But August is also Black Business Month. In the wake of a national awakening regarding systemic racism, many consumers started looking to support Black business owners. A year later, I wanted to offer some advice on how allies can best lift us up this month and every month after.

Examine why this month even exists

The reason we have a Black Business Month is simple: there aren’t enough of us. In fact, according to Census.gov, Blacks or African Americans owned approximately 2 million businesses according to the 2019 Annual Business Survey. While that may sound big, it’s a small piece of the total pie. As a consumer, the simple action is to support Black-owned businesses whenever you can. But I encourage you to take a moment to consider why this huge gap remains.

In The Decline of Black Business, Brian Feldman asserts it’s not getting any better.

“In 1985, sixty black-owned banks were providing financial services to their communities; today, just twenty-three remain.” He argues that access to capital and unfair trade and monopoly laws have contributed to the decline.

What’s compounding the problem even further is COVID-19. The National Bureau of Economic Research reported that 41 percent of Black-owned businesses closed for good during the pandemic. Just 17 percent of white-owned businesses fell victim to the same fate. In her testimony before the U.S. House of Representatives Committee on Education and Labor Valerie Wilson from the Economic Policy Institute explains what Black owners are up against.

“The disparate racial impact of the virus is deeply rooted in historic and ongoing social and economic injustices. Persistent racial disparities in health status, access to health care, wealth, employment, wages, housing, income, and poverty all contribute to greater susceptibility to the virus—both economically and physically.”

Don’t just post your values; live them. It takes just seconds to post or retweet a great business. And honestly, that exposure is great. But we won’t fix this issue on tweets alone. It takes much longer to find the Black-owned grocer in your town and then make the time to do your weekly shopping there instead of a big-box store or online retail giant.

I recently worked with a national client who wanted to highlight their Black-owned businesses on their shelves. My advice from day one was: let’s tell these stories, but also tell your story of how you are working to make larger changes. I asked them to look at critical long-term goals like increasing the diversity of suppliers on your shelves.

Recently Johnson & Johnson made the shift to bandages in multiple colors. My social channels were flooded with discussions around this. In a time where neo-Nazis are brazenly showing up in everyday society and hate crimes are on the rise, I do not give a damn about the color of my bandage.

Last year Uncle Ben’s and Aunt Jemima were pulled from the shelves for cultural sensitivity reasons. The conversations on this raged on both sides. In February, they announced the new name: Pearl Milling Company. But I still have questions and so should you? Did a Black-owned business win the rebrand? Or was a token Black creative tossed on it? The press release says they will donate “$1 million commitment to empower and uplift Black girls and women,” but is that enough for you?

I get it: shopping Black-owned feels doable. One click and Amazon will show you thousands of items from Black owners. Etsy has an entire curated collection. Now you can even sort on Google by “shop nearby” and “Black-owned.” These are all steps in the right direction. But if we want to see real change, we need to address the deep-seated systemic issues that keep Black owners from succeeding or in some instances even starting.

Fixing systemic racism feels big. It’s like world peace: great in theory but where do you even start? My advice is to start little. Uplift a local Black-owned business. Stop in and ask them how they are doing. Build new habits into your daily life. Have conversations about the disparities in access to capital. Encourage a Black friend to go into business—better yet, offer to be the first investor. I dream of a day where we don’t have Black Business Month and you should, too.