Race and the Failed War on Drugs 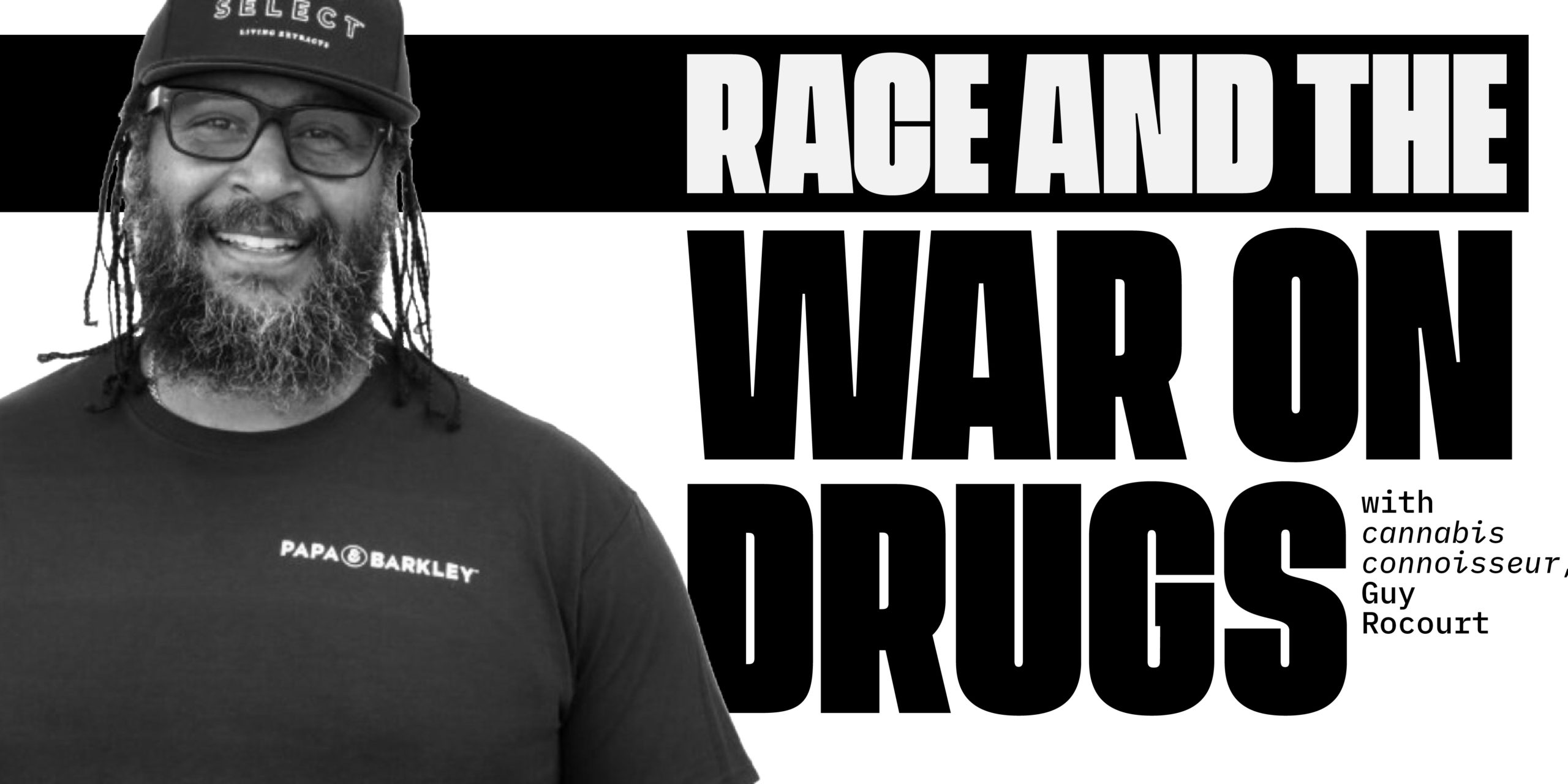 Guy Rocourt is a fascinating man. A Black veteran with an encyclopedic knowledge of cannabis science, manufacturing and extraction, strategy, and production. Guy is the co-founder and chief product officer for California’s leading cannabis wellness company, Papa & Barkley. Guy got into the cannabis scene in the late 90s/early 2000s during a time when mandatory minimum sentencing laws were putting People of Color behind bars for non-violent cannabis-related crimes at an alarming rate.

In 2020 alone, states selling legal cannabis generated $2.7 billion in tax revenue. While currently over 40,000 people are incarcerated for cannabis possession. People of color are disproportionately impacted and incarcerated at higher rates than their white counterparts when the rate of using cannabis is the same across racial lines.

A Navy veteran, Guy spent years acting as a caregiver to then-television host Montell Williams during his battle with M.S. The relationship with marijuana flourished alongside Guy and Montell’s, first-hand education for both on the healing power of marijuana. With decades of knowledge and experience under his belt, Guy launched Papa & Barkley, a wellness-focused cannabis brand that harnesses the healing power of pot to give people a safe alternative to Big Pharma.

With more than 80% of cannabis companies owned by white people, Guy stands out as one of the few people of color striving to innovate cannabis from within an industry fragmented by race.

As the U.S. continues to evolve its archaic stance on cannabis, Guy believes there’s no better time than now to come to terms with this country’s brutal treatment of People of Color for a war on drugs that never should have happened in the first place. I got the chance to hop on the phone with Guy and pick his brain about the past, present, and future of cannabis and those who’ve found themselves affected by its prohibition.

Jeremy Glass: Guy, what does this country’s relationship with cannabis look like in 2021?

Guy Rocourt: I think that we have a reckoning in our nation of nuance and honesty that has yet to come to bear and cannabis is involved in that. Cannabis stigma and racial stigma are very much the same. They’re born out of willful ignorance and willful hypocrisy. The facts have always been there, right? They haven’t changed. Our perceptions are kind of changing, right. But the facts have always been there. Good science suggests that, hey, we always adhere to the facts, but good people own up to when they’ve made a mistake, our nation has yet to truly own up.

JG: How do we start that conversation?

GR: If you don’t start having a nuanced conversation and maybe putting some thresholds on this or the fools don’t spend more money than it would take to feed and clothes, to send a dick up into space. I think those of us who serve the nation as leaders need to do us the courtesy of trying to make things less polarized and have the adult conversation that lays out the groundwork. It’s not about defunding the police, for example, it’s about hiring two officers [with] one mental health person. I think we need to have a real conversation and not one that’s black and white.

JG: How about on a federal level?

GR: That’s by coming in and acknowledging [cannabis] prohibition was a mistake. I need Joe Biden to see that. Now of course I voted for good old Joe, but I need more.

JG: Where are some great, actionable ways for people to end unwarranted cannabis criminalization?

GR: Advocate, advocate, advocate. You all need to get involved as our democratic right; it’s our responsibility.  I am definitely one of those people who think we should be fighting folks who don’t vote — everybody should be getting out to use their voice.

That being said, you know, corporate social responsibility is an awesome term that is really cottoned into the cannabis industry. Whether it’s the Last Prisoner Project, whatever those of us can do while people are in jail for doing the same shit we’re doing… we need to put the onus on ourselves and the folks who are making money in the industry.

GR: I think it started with this unwarranted fracturing of the cannabinoid CBD into the national market and allowing it to go unregulated. So, the people that would’ve put us in jail before suddenly turn around and say ‘our products are THC free,’ further demonizing it and furthest suppressing our needs in industry. So, we need to stop that ‘crabs in the bucket’ behavior in cannabis and all of us need to keep pushing.

JG: What do you see for the future of cannabis?

GR: I hope that for the future, we should stay away from active pharmaceutical ingredients until we let universities actually get into actual research. Until that happens, we’re sitting here distilling [cannabis], which is not the medicine that we’ve been using for a thousand years.  It’s an advancement of that. And just like willow bark becomes aspirin, I do believe that there are cannabis medicines and injectables that will pave the way for the future.

After having this failed war on drugs, the stigma has to be left behind so we can have an honest conversation and move forward.

HOW TO GET INVOLVED