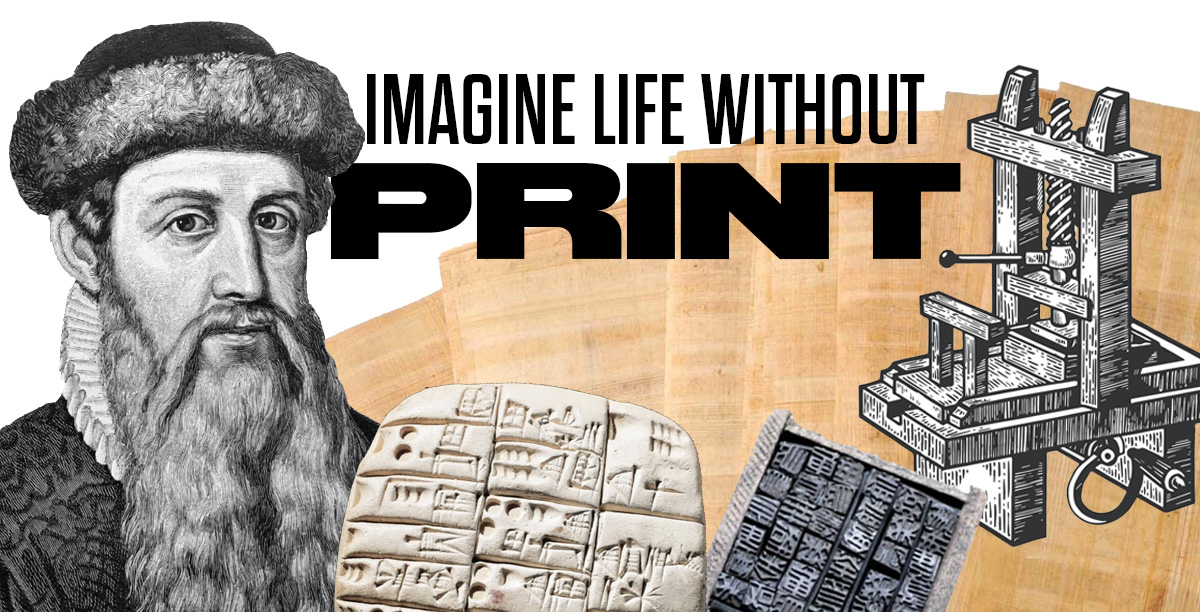 Imagine not being able to read about history…

Imagine sitting in quarantine without limited access to books and movies…

Today, life would be pretty dull and boring without our advanced knowledge of words and technology. Fortunately, we have the many reckless innovators of the past to thank for the world we have today. One of those innovators is named Johannes Gutenberg.

In and around 1440, German innovator, Johannes Gutenberg, completely transformed the world of print, when he invented the printing press. Now if you don’t don’t what the printing press is, it is basically a machine that is used to transfer ink to paper. This is why we have books… and magazines… AND newspapers!

In the pre-Renaissance era, books were a thing that belonged to the wealthy because

Everyone but the wealthy were too busy tending to the fields and livestock to learn how to read. Being literate was a luxury.

Now, after Gutenberg created the printing press, the world seemingly changed overnight, as it made information more accessible and widely spread.

Here’s some of the things this invention did…

As much as this invention is important, it is also important to understand that this is not where printing and all the other fun stuff began.

Since ancient times, people were already figuring out ways to record their ideas.

Of course there is always more history to mention, but these were just a few notable ones.

Another cool thing about Johannes Gutenberg is that along with inventing the press, he also created the first typeface called blackletter.

Typefaces are just about everywhere. The texts we read in books or the different fonts we can choose from on Google Docs or Microsoft…

Anyway, Blackletter was dark and intense. Ironic enough, for the text that taught most people how to read, it was still barely legible considering how thick the lettering was.

Next, in the 15th century, a man named Nicolas Jenson produced Roman Type. His inspiration for this text came from looking at the writing on ancient Roman buildings.

BOOM. You‘re looking at Italy every time you use Times New Roman now.

Lots of words and lots of styles to write them. Thank you old out-of-box thinkers. Future creators and consumers of any literature thanks you.

UPDATE 1/22/21: We received a lovely note from a library media specialist, Mrs. LouAnne Taylor, who commented on how helpful this article was in a research project her students are in engaged in. She sent along another reference that would be helpful to future readers about typesetting found by one of her volunteers, Megan. Thank you to both Megan and Mrs. LouAnne Taylor for all your work educating and supporting students and for taking the time to drop us this note. We’re grateful for your work and we’re sure future readers will find it helpful!