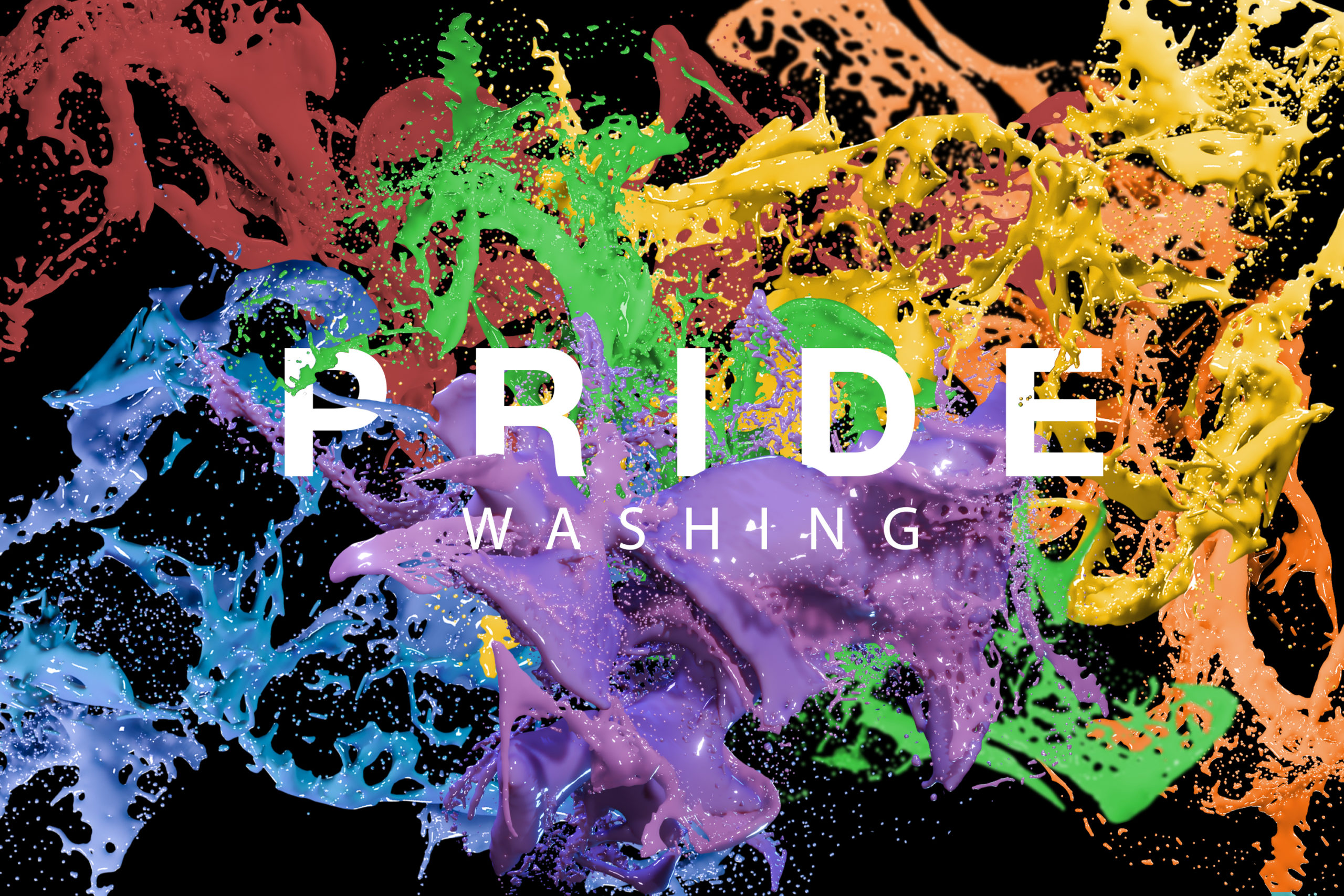 The pavement is hot. It’s 93 degrees in early June and I am getting a behind-the-scenes tour of my home city, Portland, Maine, discovering the history of the LGBTQ+ bars here in the city with the USM Jean Byers Sampson Center LGBTQ+ Collections. I learned about the Portland queer community over the last 50 years by walking in the footsteps of the many advocates that came before me. I was reminded that when the first gay bar, Roland’s Tavern opened in 1968, homosexuality was illegal.  Bars were more than just a place to have a good time, they were a place you could safely be yourself. You could check the bulletin boards to see what is happening in the community and read the latest articles in your community’s quietly distributed queer paper. They were where you could go when the rest of society rejected you. They were a safe haven.

Fast forward 53 years to today and a lot has changed. Every June you can count on a rainbow explosion everywhere you go. Pride flags are on display on the streets, in store windows, and any item you could ever possibly desire you can now get in rainbow colors. And we have marriage! So things must be good, right? Well. It’s complicated.

As a trans person myself, I find I have all kinds of mixed feelings about Pride. To me, Pride is protest and it always will be. It’s a time to rise up and be seen, to demand that we be counted and included in society. A time for celebrating the wins, for remembering the activists that came before us, those we’ve lost to violence, and for embracing community.

When I see rainbow flags it does two things for me, it makes me feel more welcome and it makes me curious about what went into the flying of that flag. Was it a queer employee that desperately wanted to signal their place of work as a safe place and worked hard to get that flag out there? Or is it a chain store just looking to cash in on our collective $917 billion dollars of buying power in the United States? Likely, it’s somewhere in-between.

I do think the flags and signaling of support is important. I think about the countless number of young LGBTQ+ people I’ve met all across this country in both rural and urban centers that struggle with being accepted and feeling safe. Demonstrating support can help them feel safer and valued when they might not have that luxury in their own home. To give you some perspective, suicide is the 2nd leading cause of death among young people age 10-24 and LGB youth are almost 5 times as likely to have attempted suicide compared to heterosexual youth. In a national study of transgender adults 40% reported having made a suicide attempt and 92% of those reported attempts were before the age of 25.

So yes, people feeling seen and valued is so important and I believe can help save lives.

AND flying the Pride flag and selling an explosion of rainbows is not enough. That should be just the beginning. I have noticed in recent years that many businesses selling rainbow-themed products donate a portion of the proceeds to LGBTQ+ lead organizations, which is a great place to start AND, it’s still not enough.

In 2021 alone, legislatures in 22 states have introduced bills to ban best practice medical care for transgender young people. Bills in 13 of those states would make it a crime for a medical professional to administer care to trans youth that adheres to guidance from leading medical organizations. So far 2021 is one of the worst years on record for LGBTQ+ people, with over 17 anti-LGBTQ+ bills already enacted into law and over 250 anti-LGBTQ+ bills having been introduced in state legislatures.

At least 43 bills would allow people to assert religious belief as justification for failing to abide by the law or provide services to people of whom they disapprove. That means if I have a heart attack and the first responders don’t believe my life as a trans person is worth saving due to their religious beliefs, they can deny me care. That should be of concern to everyone as it has implications that expand beyond just the LGBTQ+ community.

So, what do I want? I want every company or organization that receives so much as one penny from Pride paraphernalia to stand up in their state legislatures and lobby their members of congress to protect LGBTQ+ people. This country would be a lot safer for LGBTQ+ folks if every organization that benefited from Pride month took a stand for the community beyond flying a flag. Because flags can’t vote. And flags can’t call their representatives. And flags aren’t the ones at risk of harm. Until we are all truly seen as equals under the law, Pride will remain a protest.

If you or someone you know is at risk of suicide below are some resources you may find helpful.

Freedom for All Americans