Political TikTok Is a Work in Progress 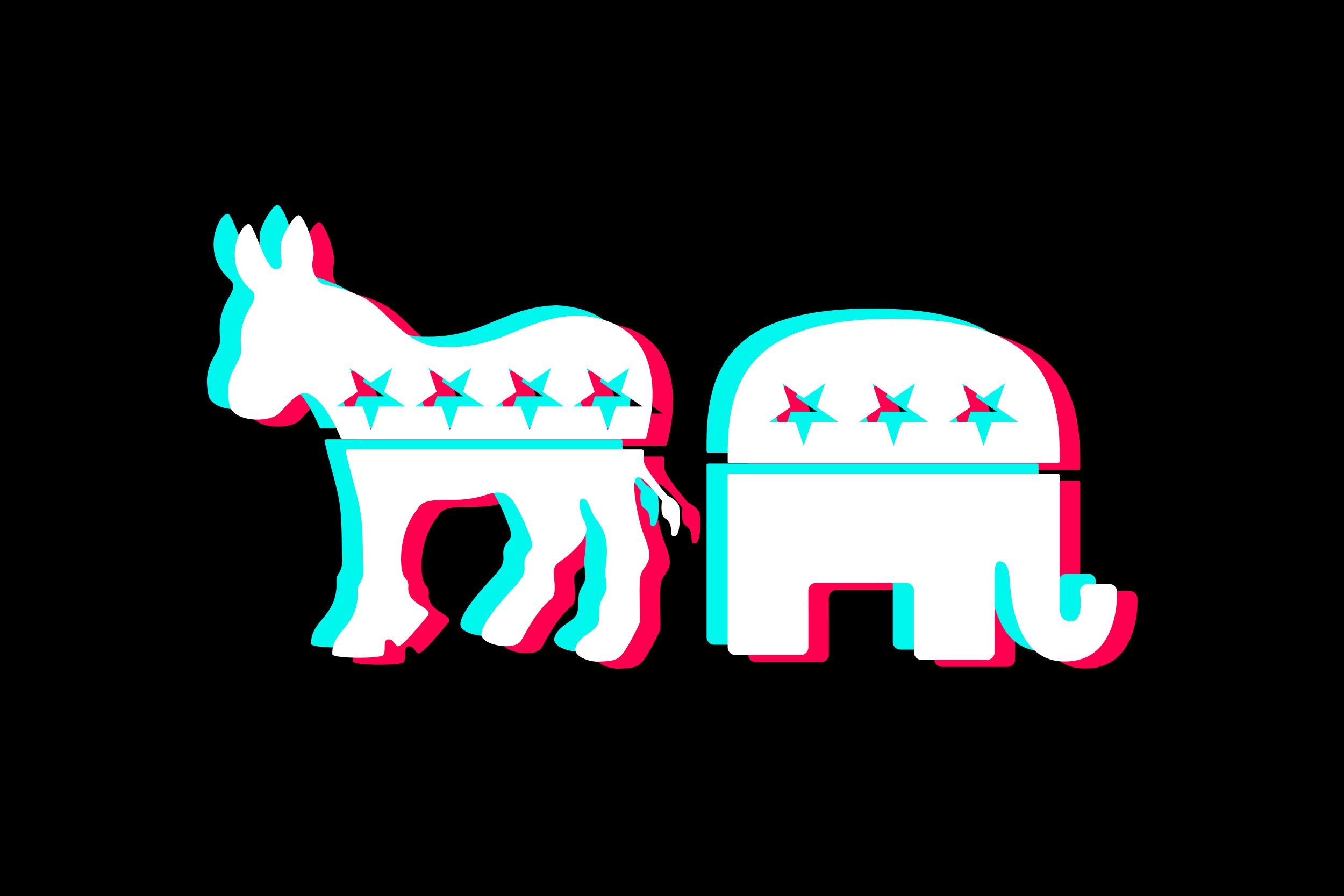 TikTok feels like a microcosm of the internet; an ever-expanding platform filled with billions of videos covering everything from wild conspiracy theories to smoothie hacks. Powered by an algorithm that determines which video a user may like based on content interactions like the amount of time spent on a video and video completion rate, TikTok knows how to reach its more than one billion users across the globe.

“TikTok’s algorithm is extremely adaptive and responsive,” says CEO of Open Influence, Eric Dahan, “meaning that it can quickly lead you down a rabbithole that reaffirms your biases and beliefs and radicalizes them. We are seeing a lot of overly ‘woke’ content being surfaced as well as a bit of extreme right wing content.”

Close to 70% of teens have an active TikTok account and brands are itching to master this app once shrouded in mystery. Along with companies and entrepreneurs are the political organizations hungry for young users, paying top dollar to influencers to get their partisan beliefs out to millions of followers. Politicians are trying to break into TikTok… and it’s working.

A few weeks back, Teen Vogue published a story about various political interest groups and using “influencer armies” to sway young people’s political decisions on social media platforms like Instagram and TikTok. Co-author Anastasia Goodwin spoke to some of the small-scale influencers being recruited by partisan groups to spread political content.

“Essentially in the last couple of years we’ve seen both political campaigns – and the White House – turning to an influencer army as a way to market products,” starts Goodwin, “The New York Times wrote an article in April that talks about the White House’s decision to enlist micro influencers and mega influencers on platforms like Twitch, TikTok, Instagram, to spread pro-vaccine messaging as a way to try to counter some of the loud vaccine skeptic voices on those platforms.”

Goodwin goes on to talk about interest groups who used social media platforms to essentially run their campaigns. Goodwin and her team spent a lot of time in partisan hype houses, which is a self-organized group of partisan influencers who formed on both the conservative and liberal sides of the 2020 election.

“A lot of times this content was targeted towards younger audiences,” continues Goodwin, “so we’re talking about teenager-not-voting-age – oftentimes they used whatever was trending on TikTok to help promote the specific content they were posting at the time.” Ana also got a chance to speak with some of Instagram’s influencer marketing managers who told the reporter they saw a dramatic increase in interest from political campaigns looking to mobilize influencers on their behalf.

The issue is, a lot of these campaign managers overestimate what they can get from influencers and – at times – don’t understand social media on a larger level.

“Instagram in particular has become more of a politicized platform in the last couple of years,” adds Goodwin, “Covid-19, vaccines, the 2020 election – all of that stuff added to Instagram changing. As a whole, we’re seeing certain platforms become more politicized and it’s becoming more acceptable for influencers to post political content as a part of their platforms.”

Are young people getting the message?

The answer is complicated, but sort of. Since the bulk of advertising on TikTok is done by creators as opposed to brands, it’s up to users’ collective interest in a video that makes that video go viral. Last June, a woman named Mary Jo Laupp played an instrumental role in disrupting a Trump rally in Tulsa, Oklahoma thanks to a viral TikTok video that changed her life.

Shortly before the rally, Mary Jo made this video explaining the significance of the date Trump had chosen to host the event – Juneteenth – and urged people to take advantage of the Trump campaign’s offer of two free tickets per registered cell phone number to turn the rally into a no-show event.

“By the next day my phone was blowing up with notifications,” says the 60-year-old Iowa grandma, “I got pretty good at forwarding things to the FBI. There were death threats, people sending me pictures of a print out of my house and my address with a shotgun laying across the top of the paper.” Mary Jo still can’t believe how much press her video got nor how much of an impact it made on voters and younger people alike.

In a world where a young person could be swayed by Mary Jo’s video while completely ignoring one paid for by a PAC is troublesome.

“We need to help our students become better at filtering out the bad information from the good information,” adds Mary Jo, “we’ve got all these great resources, but we haven’t really been taught how to differentiate between the good and the garbage.”

Teachers and parents need to educate themselves and the next generation on how to vet where they get their information. The problem is, that information is coming from every angle from every kind of person at all times every moment of every day. You can’t control the vastness of the internet, that is for sure.

“People ask me when I became an activist,” adds Mary Jo, “I told them last year. One of the things that I found the most fascinating is the number of users who aren’t old enough to vote yet but who felt empowered to make their voices heard by sharing my video. They got to feel like they were getting their voice out there and they were being heard by a larger audience. I think if you get kids involved in political issues and human rights issues early on it’s going to become a habit that will just follow them into adulthood. They’re going to stay invested when they are old enough to vote, and then they’ll run for office.”

TikTok is designed to keep us engaged. This means that the most sensational and most content on either side of the political spectrum is the stuff that’s getting the most visibility and attention.

“Brands still need to keep educating themselves and understand that content that works on some platforms won’t necessarily work on TikTok,” adds Eric Dahan. “It’s its own unique ecosystem, comprising sub-communities and cultures. It’s a bunch of people mocking the other side, trolling the party, or screaming their political beliefs at audiences. That being said, there are a few creators with a more constructive and unifying message who are still able to cut through the algorithm.”