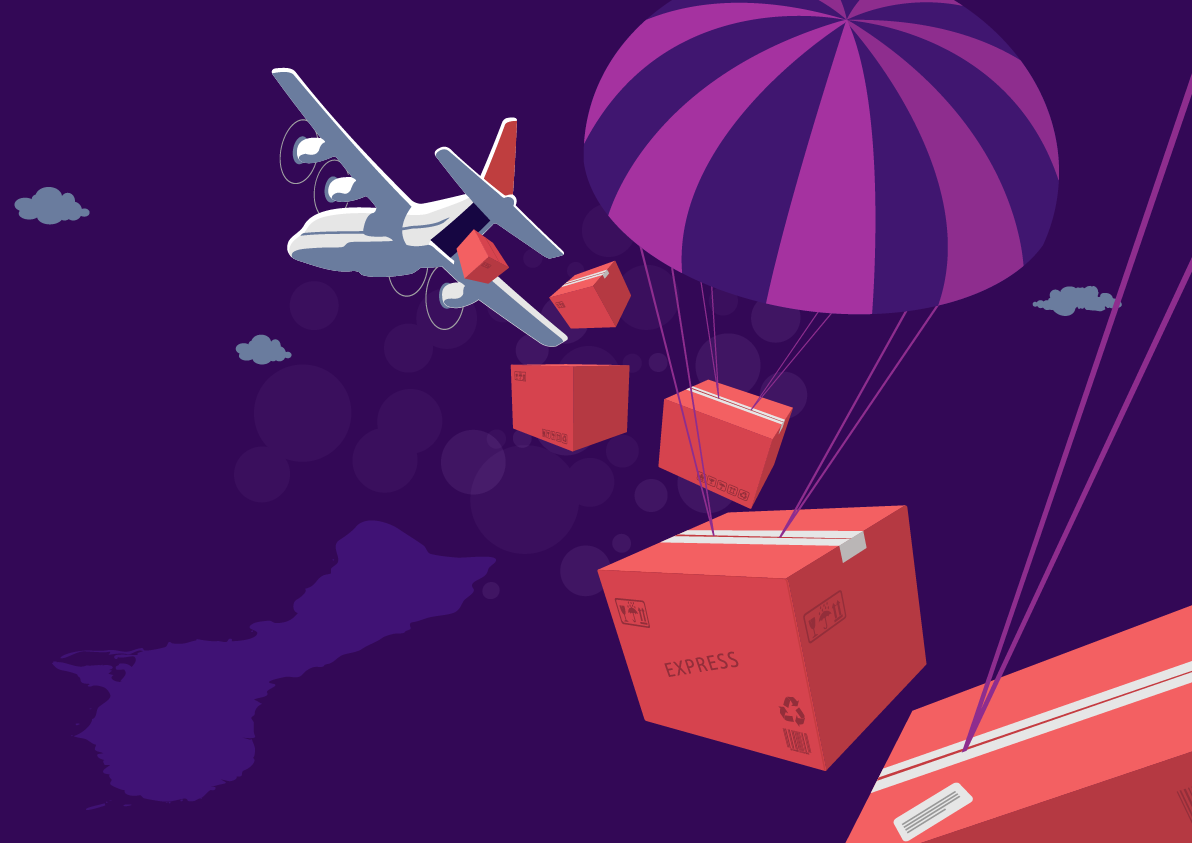 During this time of year, like so many others, I’m a sucker for a good holiday story that I can turn on and pay attention to half of the time, but still know in the beginning they met unexpectedly, in the middle something pulls them apart and in the end they wind up together, living happily ever after. On this particular morning, I landed on a Netflix movie called Operation Christmas Drop – “in a tropical paradise at Christmas, she’s about to find romance, kindness – and her long lost story” – your perfect typical Hallmark-esque holiday story. Little did I know this movie would spark more than the holiday spirit in me; it would remind me of a past gone, but not completely forgotten.

For 3 and half years, I was a meteorologist in the US Navy stationed on Guam, the backdrop and location for this typical, and yes ever cheesy, holiday love story, and in truth the story of the event itself, Operation Christmas Drop, is based on factual events and the many locations they filmed at along the island I have been to, made memories at, and enjoyed. Operation Christmas Drop,established in 1952, is a Department of Defense training and humanitarian assistance mission, in collaboration with locals, civilians and other countries, based at Anderson Air Force Base, Guam. As I thought back, I remembered the 3 Christmas holidays I spent on Guam and the excitement and joy from military personnel, civilians, and locals alike surrounding every aspect of the event.

I was Navy and Operation Christmas Drop is run by the Air Force. Our bases were on the opposite sides of the island, if you can imagine that there is a very opposite side of a 30 mile wide island. Also, I lived in a 12th floor apartment overlooking the bay, perks of having limited barracks space on the Navy base that saw a lot of transient Sailors and Marines. They were eager to get Sailors who were permanently stationed on Guam to get off base housing. For us, we were ancillary to it, we would volunteer to help fill boxes and it was seeing the locals and US military working together that was amazing. Not all locals appreciated the military presence on Guam.

Predicting the weather and giving routes – we did that for the entire island both civilians and military, including for the Air Force. We sent information from our building to Anderson Air Force Base. We were a classified billet because of the information we had on ship whereabouts from the East Coast of India to the West Coast of Hawaii (that was the area we did weather observing and forecasting for as well) so we worked in the basement of the Admiral’s building. We were predicting and forecasting weather patterns for some many vessels – I can’t remember any specific thing that sticks out during that time. It was just another day in the office.

I don’t think much about Guam, now, so many years later except that one day I know I will back and visit, that it’s through Guam that I wound up in Maine – I came here with a friends who is born and raised on Mount Desert Island and currently is a History teacher on the island – and that I have one other friend who loves the fact that he has a friend who can start stories with “When I lived on Guam”, he laughs every time. Watching this movie reminded me of the gorgeous waters I have snorkeled, the beautiful beaches I have walked, the amazing jungles I have hiked, the people I met, both military and locals, and the events and experiences I’ve had that one can only know if you’ve lived on or visited Guam.