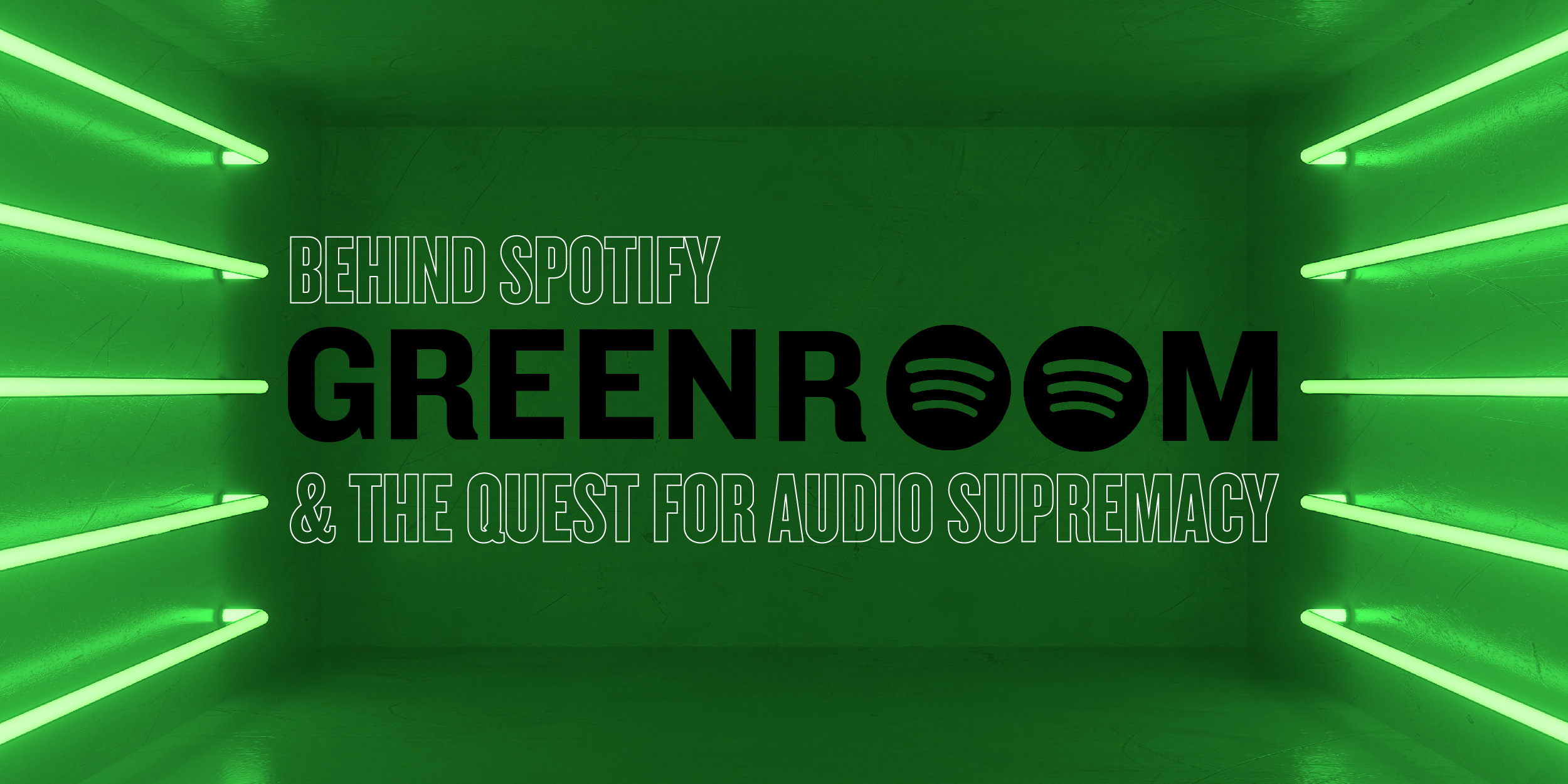 Behind Spotify’s Greenroom and the Quest for Audio Supremacy

Nothing inspires innovation more than the spirit of competition. Instagram added the stories feature after the rise of Snapchat. Google removed the headphone jack from the Pixel after Apple pulled off the risky move. Now, that powerful muse grabbed a hold of Spotify with the release of Greenroom, the audio-only rival app called Greenroom.

Think of Greenroom like an AOL chat room from way back in the day — except, like Clubhouse, the social media app hosts live conversations in designated rooms with a host, speaker, and audience. Anyone can host, join, and create, giving Spotify listeners a chance to finally get in on the action. Free to discuss topics like music, sports, and current events, people can join live or pre-scheduled rooms and add their two cents by clicking the conversation button. They can host their own rooms set to the topic of their choice and even collect Spotify’s own version of likes or hearts called “gems.” Every time an attendee double-clicks your profiles, you get a gem.

Greenroom was born after Spotify’s acquisition of the sports-based audio app Locker Room, which they later rebranded as Greenroom. With more and more people getting in on the drop-in audio chat trend, Greenroom makes it easy for listeners to hear from fellow fans, creators, or total strangers with big ideas.

“For us, it’s about being the number one audio player,” said Spotify CFO, David Vogel in an episode of the company’s business, insights, and culture podcast, Spotify: For the Record.

“I think that means growth in users, growth in subscribers, it means many more areas of monetization… [and] I think it’s a way for us to bring more and more creators onto the platform.” Vogel believes Greenroom will increase Spotify’s subscriber count, putting stock in platforms like the Creator Fund; a way for creators on Greenroom to get rewarded for the content they create. For what it’s worth, Clubhouse creators’ only source of money comes from donations or sponsorships. Open later this summer, creators can get in on the action by registering for the Creator Fund where they’ll be eligible for payouts based on the popularity of their room.

“The Greenroom offering will continue to evolve as we learn more about what creators and listeners want from their live audio experience,” said the company in a story on Variety. Another perk of having Spotify in your DNA is the built-in connection to well-established artists and musicians already working with the $72 billion company.

“We believe Spotify has an opportunity not only to enable live broadcasts, but to aid discovery, drive consumption, and accelerate growth of the live category overall.”

Spotify hopes its 350 million+ listeners will see Greenroom as an extension of the beloved app, a place where they’ll be able to lead or join something they want to listen to with others.